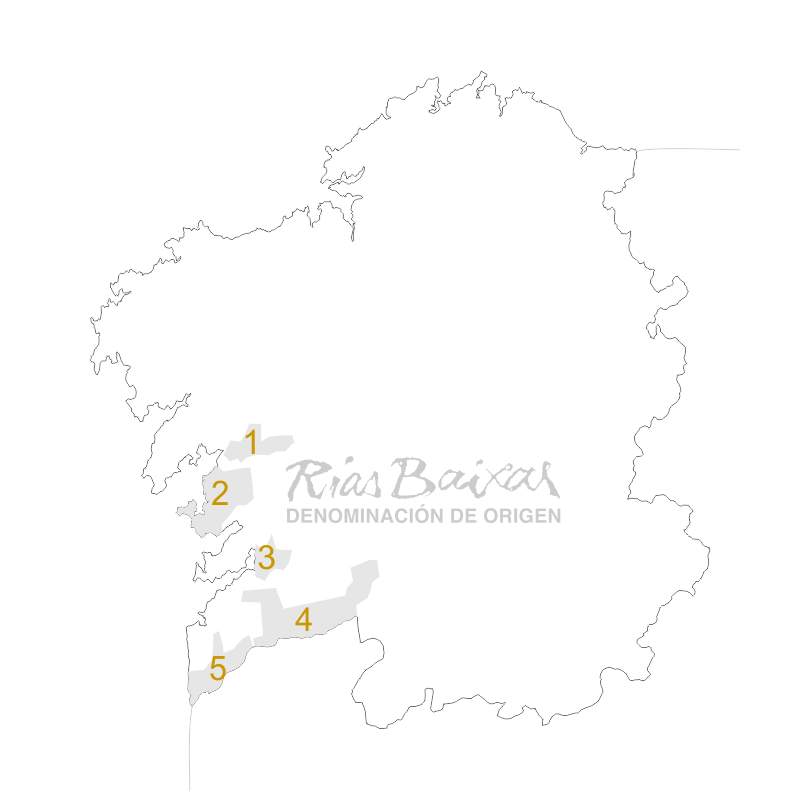 The Rías Baixas Designation of Origin is named after the area it is found in: the southernmost estuaries (rías) of Galicia.

It is located in the south-west of the province of Pontevedra, and includes five sub-zones:

The Salnés Valley subzone, where the Just b vineyards can be found, is the main production area, accounting for over 50% of the surface area and 70% of the vine growers.

The variety which makes this designation of origin universally famous is the white Albariño, which accounts for 96% of the total production.

The term Rías Baixas refers to the geographical feature formed when the ancient ocean and long river valleys were flooded.
The Rías Baixas are on the south of the Atlantic coastline in Galicia, and consist of four large estuaries: Muros, Arousa, Pontevedra and Vigo.
The landscape is Atlantic, with green woods and fields which come down almost to the sea, alternating with cliffs and beautiful white-sand beaches.
The Arousa Estuary, the cradle of Albariño and where Just b was born, is the most important of the four thanks to its size and biological wealth. Its waters contain a great diversity of top-quality fish and seafood.
This has led to one of the most characteristic features in the region’s landscape – the mussel and oyster platforms, which are dotted all over the estuary.
It is therefore no coincidence that there is no greater pleasure that enjoying an exquisite dish of seafood with a good glass of Rías Baixas Albariño wine in Galicia, the cradle of this white wine and the best fish and seafood in the peninsula!